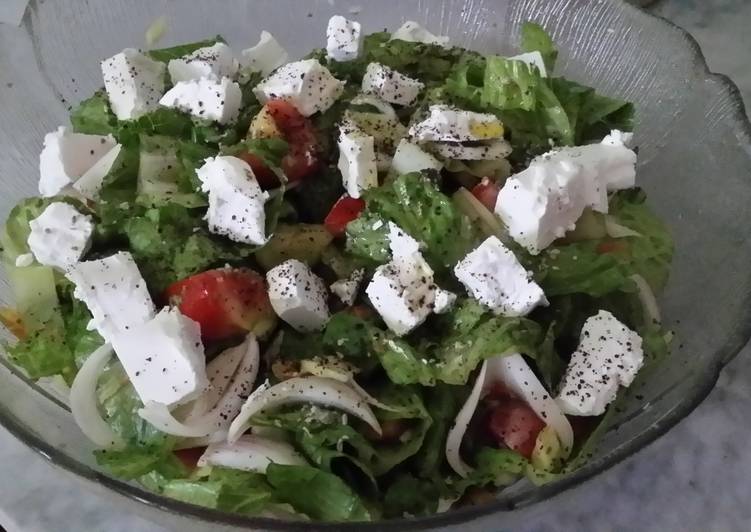 Greek Salad is a delicious combination of crisp cucumbers, juicy tomatoes and crunchy bell peppers tossed with olives and feta cheese. Try Ina Garten's fresh Greek Salad recipe from Barefoot Contessa on Food Network for a colorful Ina Garten makes her Greek Salad recipe. Greek salad, also known as village salad or horiatiki is the national dish of Greece, consisting of quartered tomatoes, sliced red onions, and chunky slices of cucumber. You can have Greek salad using 14 ingredients and 6 steps. Here you go how you cook it.